What Does Homeowners Insurance Cover?

What does homeowners insurance cover and do for you?  Homeowners insurance covers your home and possessions against most common but not all risks. There are several levels of coverage that vary by state.  Homeowners’ policies usually don’t cover damage caused by lack of maintenance, hurricanes, earthquakes, landslides, pollution or war, although additional policies or riders may cover these. 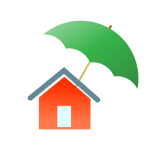 Homeowners insurance is generally available in different levels of coverage:

What isn’t covered is sometimes more important than what is!  In order to be competitive, insurance companies issue basic policies with lots of exclusions.  Additional coverage for these exclusions is often available as add-ons or endorsements.  This includes most natural and weather events such as earthquakes, sinkholes, hurricanes, and mudslides.  Water damage is also often excluded from coverage.

Also, homeowner’s insurance generally doesn’t cover damage from neglect and failure to properly maintain the property, sometimes a difficult distinction.  For example, a roof leak caused by a covered event may be covered where a roof leak because of an aged or unrepaired roof probably won’t be.  Many lawyers earn a good living on this.

Most policies will exclude or provide minimal coverage for guns, jewelry, electronics, and boats.  Check your policy.

Most mortgage companies will require you to purchase homeowners’ insurance for at least the amount of the mortgage and name them as also insured beneficiaries.  They may purchase insurance if yours lapses.  You don’t want to do this because the insurance that they purchase will probably be overpriced, the costs are passed on to you, and the insurance covers only their interests.

Pay close attention to your policy limits. During the application process, your insurance company will determine a replacement value and insured amount. Most companies are honest with this, but some companies may use invalid figures. Try to avoid purchasing either too much or too little insurance. Remember that you’re dealing with construction costs which can vary greatly, but there’s no sense in insuring your home for more than similar houses sell for. On the other hand, if you don’t insure your home for enough, you’ll only receive the insured amount.

Scroll Up
We use cookies on our website to give you the most relevant experience by remembering your preferences and repeat visits. By clicking “Accept All”, you consent to the use of ALL the cookies. However, you may visit "Cookie Settings" to provide a controlled consent.
Cookie SettingsAccept All
Manage consent

This website uses cookies to improve your experience while you navigate through the website. Out of these, the cookies that are categorized as necessary are stored on your browser as they are essential for the working of basic functionalities of the website. We also use third-party cookies that help us analyze and understand how you use this website. These cookies will be stored in your browser only with your consent. You also have the option to opt-out of these cookies. But opting out of some of these cookies may affect your browsing experience.
Necessary Always Enabled
Necessary cookies are absolutely essential for the website to function properly. These cookies ensure basic functionalities and security features of the website, anonymously.
Functional
Functional cookies help to perform certain functionalities like sharing the content of the website on social media platforms, collect feedbacks, and other third-party features.
Performance
Performance cookies are used to understand and analyze the key performance indexes of the website which helps in delivering a better user experience for the visitors.
Analytics
Analytical cookies are used to understand how visitors interact with the website. These cookies help provide information on metrics the number of visitors, bounce rate, traffic source, etc.
Advertisement
Advertisement cookies are used to provide visitors with relevant ads and marketing campaigns. These cookies track visitors across websites and collect information to provide customized ads.
Others
Other uncategorized cookies are those that are being analyzed and have not been classified into a category as yet.
SAVE & ACCEPT